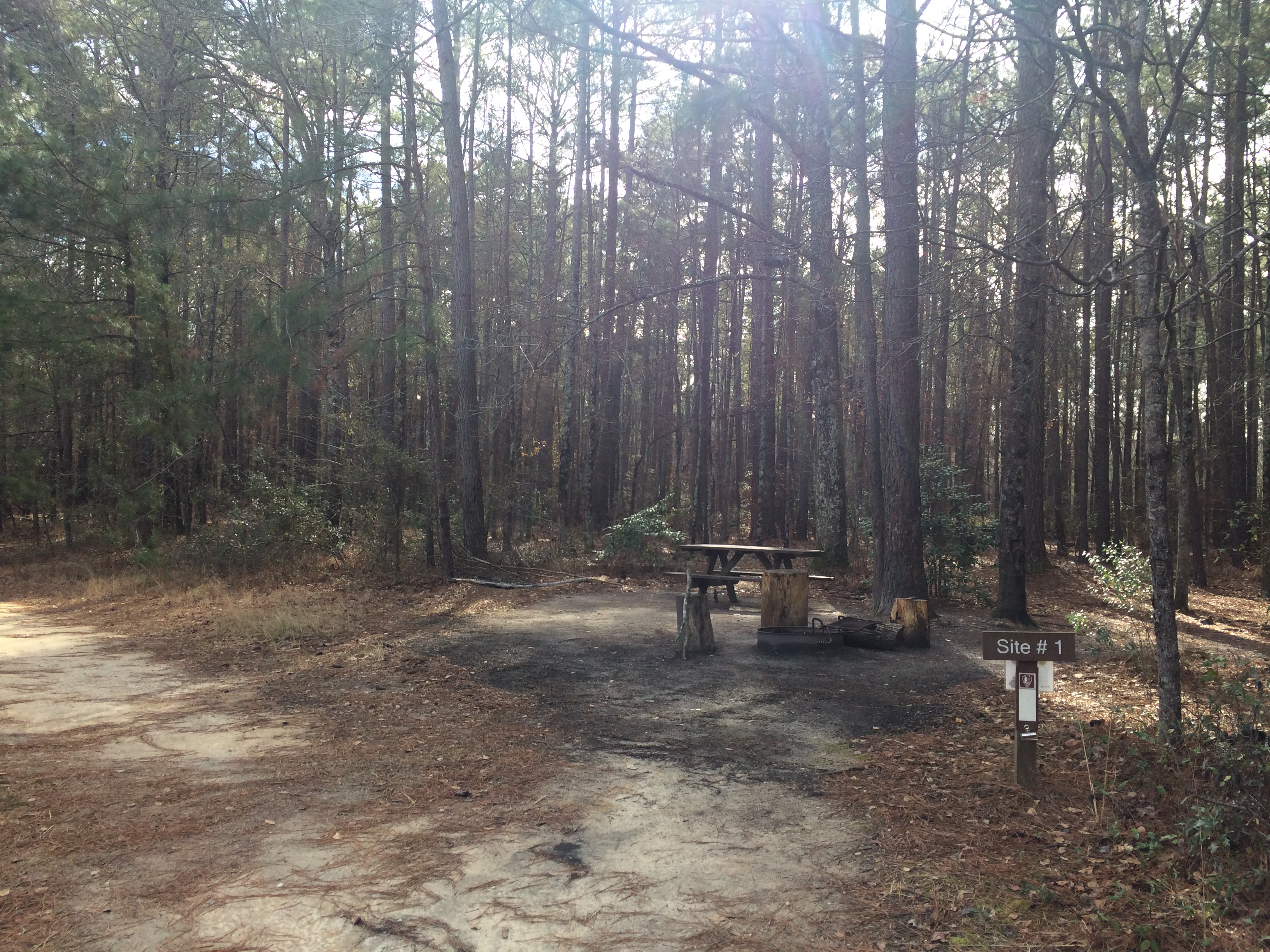 As an avid outdoorswoman, I pride myself in knowing about the natural wonders of the United States. And as embarrassing as it is to admit... I had never heard of Congaree until a few days before our visit. Tucked in the middle of the nowhere, surrounded by very-rural South Carolina, Congaree is a rather new National Park (it was designated a National Monument in the 1970s and designated a National Park in the early 2000s). It was free to enter, and pretty desolate while we were there. Only one other person camped in the National Park and we saw only a handful of people on the trails. Which is unfortunate, because the park itself is magical. It's the last deciduous forest of its kind in the U.S. (these forests used to span across the entire south before we spent decades upon decades destroying them) and has an interesting history, from acting as a home for escaped slaves to the fight for its life in the 1960s. It's known for its Champion Trees, really, really tall, really, really wide, really, really old trees. As we hiked into the Wilderness area of the park, it felt like we were stepping into a fairyland. The woods felt old and pristine, quiet yet full of life. (We only saw a turtle and some fish, but you could just feel the life rustling in the underbrush). It rained on and off the few days we were there, including dumping on us halfway through our hike, but fresh water created Congaree so it felt right to be there and witness its effects. The only downside -- the morning we left, a creepy man in his truck parked behind us as we made breakfast and watched us for thirty minutes or so, leaving as soon as we slipped away further into the campsite, hiding from him in our tent.