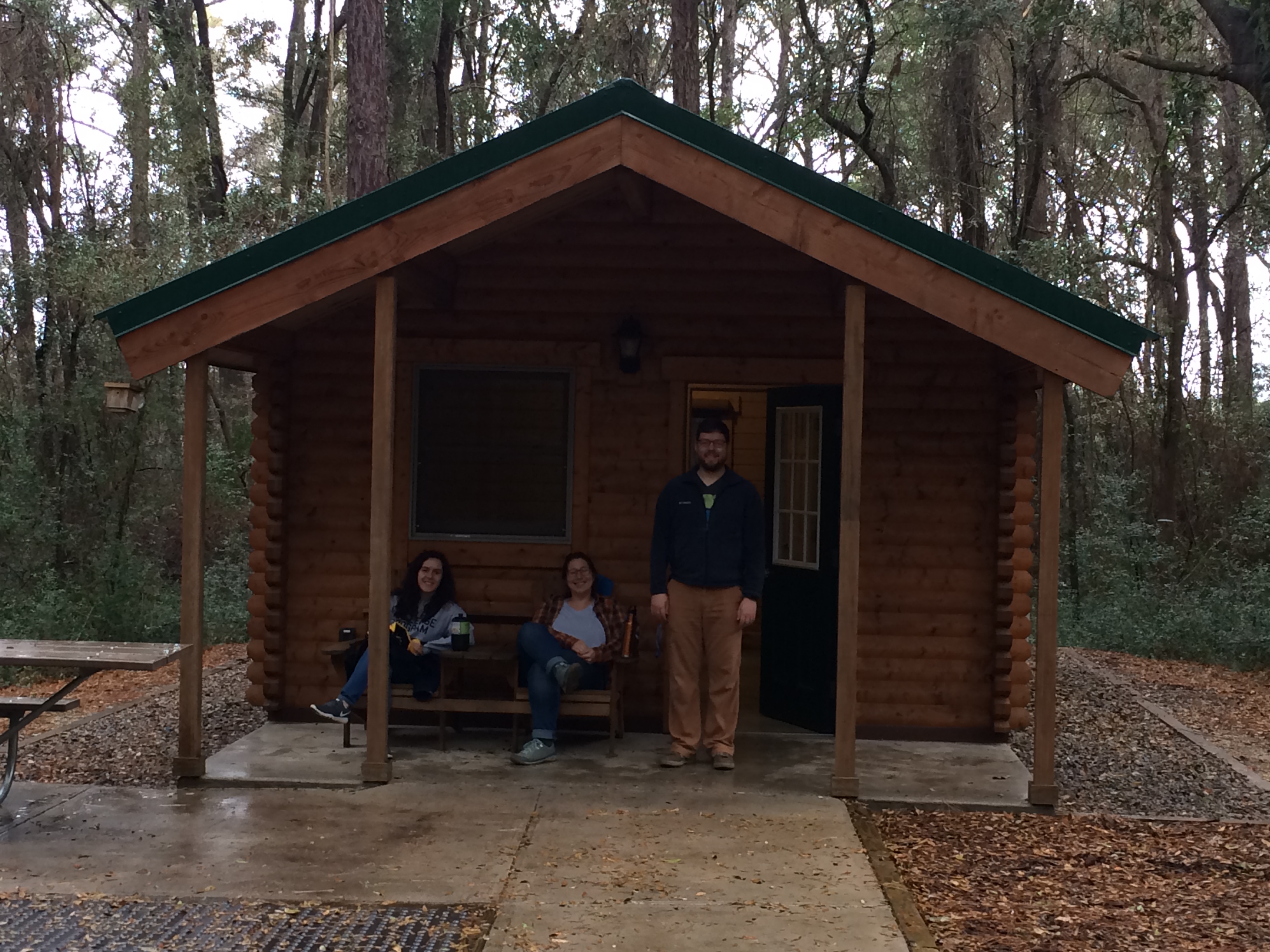 A weekend getaway in a forest cabin with our pals, Anna, Laurie, and Adam. We spent our time playing games in the cabin, walking along the beach, eating, eating some more, and, of course, attending one very great ranger program where we learned the phrase "none degrees.". I've since adopted that into my vernacular, along with ya'll even though I have been in the south less than a month. It was a cold trip, the ranger told us it was the coldest winter North Carolina had seen in hundreds of years (perhaps an exaggeration, but I'm going with what he said) but a fun one.