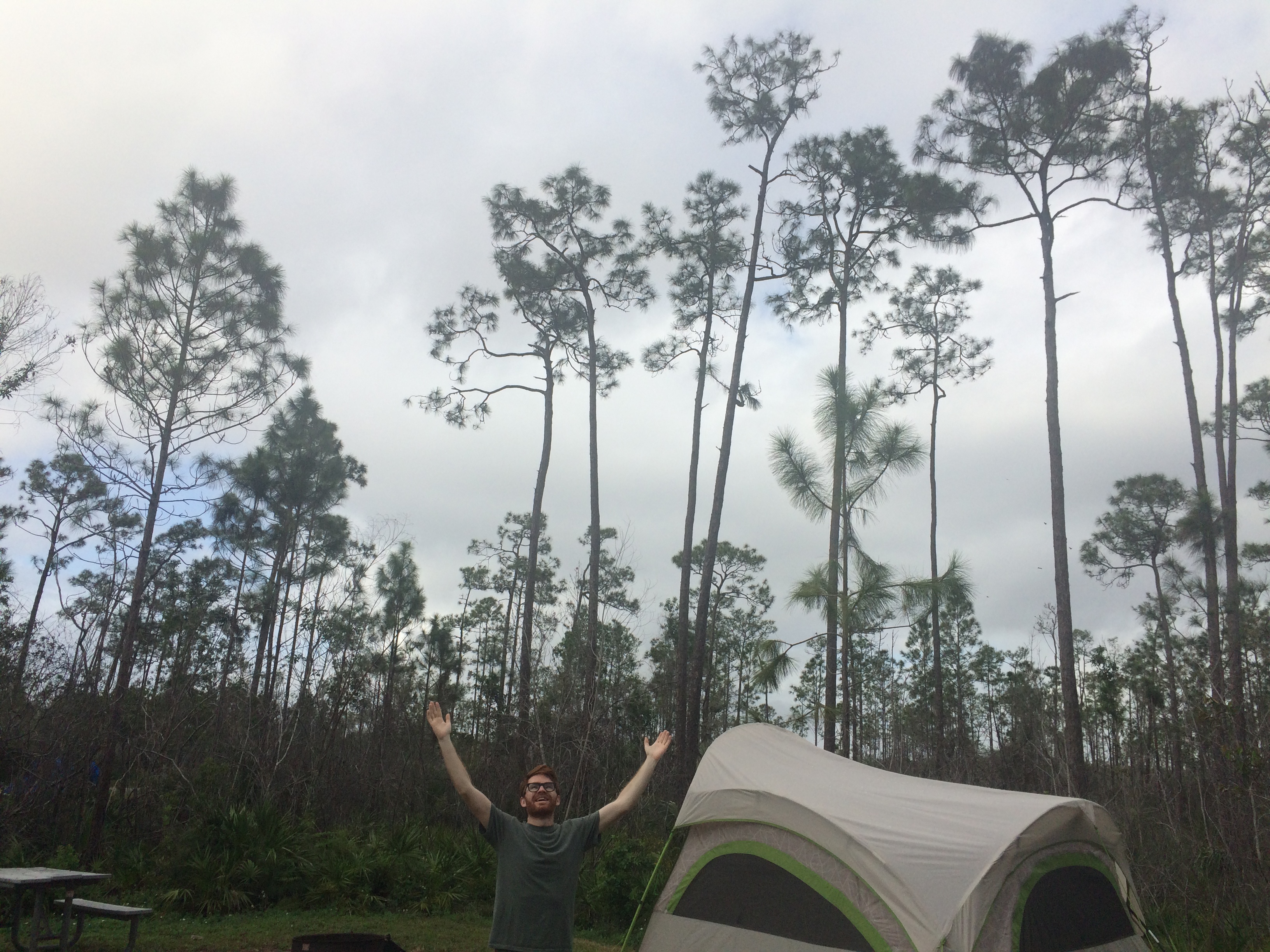 Oh, the Everglades, I had nightmares of 50-foot crocodiles, rabid, man-eating snakes, and clouds of mosquitos out for blood. I shuddered when I thought of sleeping in the swampy, dark, evil-witch enchanted forest... well, maybe I never worried about that last part, but you get the idea. I thought the Everglades would be a terrifying, buggy place to rest my head. Turns out... that's the myth of the Everglades, which has percolated U.S. society despite the National Park's effort to squash that horrible legend. Turns out, the Everglades isn't even a swamp. They told us that... multiple times. It's NOT a swamp... got it. Yes, they have crocodiles (but they're small and shy), yes they have a python problem (probably the best example of how invasive species can impact an environment ) and yes, apparently the mosquitos can be at "hysterical" levels, though we were lucky enough that they were mild the first week we were there. We had some work to get done the week we were there and spent hours in a coffee shop in the town bordering the park, two days in a row, But we still explored a bit -- going on two "Everglades after Dark" ranger programs where we saw giant, nocturnal spiders, too many toads to count, the orange-glow of alligator eyes in the water, constellations that I'm really bad at spotting (even with the direction of a park ranger), frogs and heard the hooting of owls. We also walked pretty much every boardwalk available off the main road, saw hilariously tall birds resting on the branches of trees (looking so wobbly on their tall, skinny legs I thought they might fall over) and witnessed a python get hit by a car, which was pretty awful. On our way out of town, we stopped at the famous "Robert is Here" fruit stand, where we bought and later tried guanabana (it was disgusting) and fruit smoothies (which were delicious). As I'm writing this, we're planning to go back in a couple of days to further explore the area, so I'll write more then. For now, I want you to remember that Everglades National Park is NOT A SWAMP!

Wow, what a wonderful road trip!! The good thing about being young is the ability to,sleep anywhere.! And I get it. The Everglades is not a swamp. What is it?

It's a series of different landscapes, shaped by water (salt and fresh). There's no other landscape like it in the world!