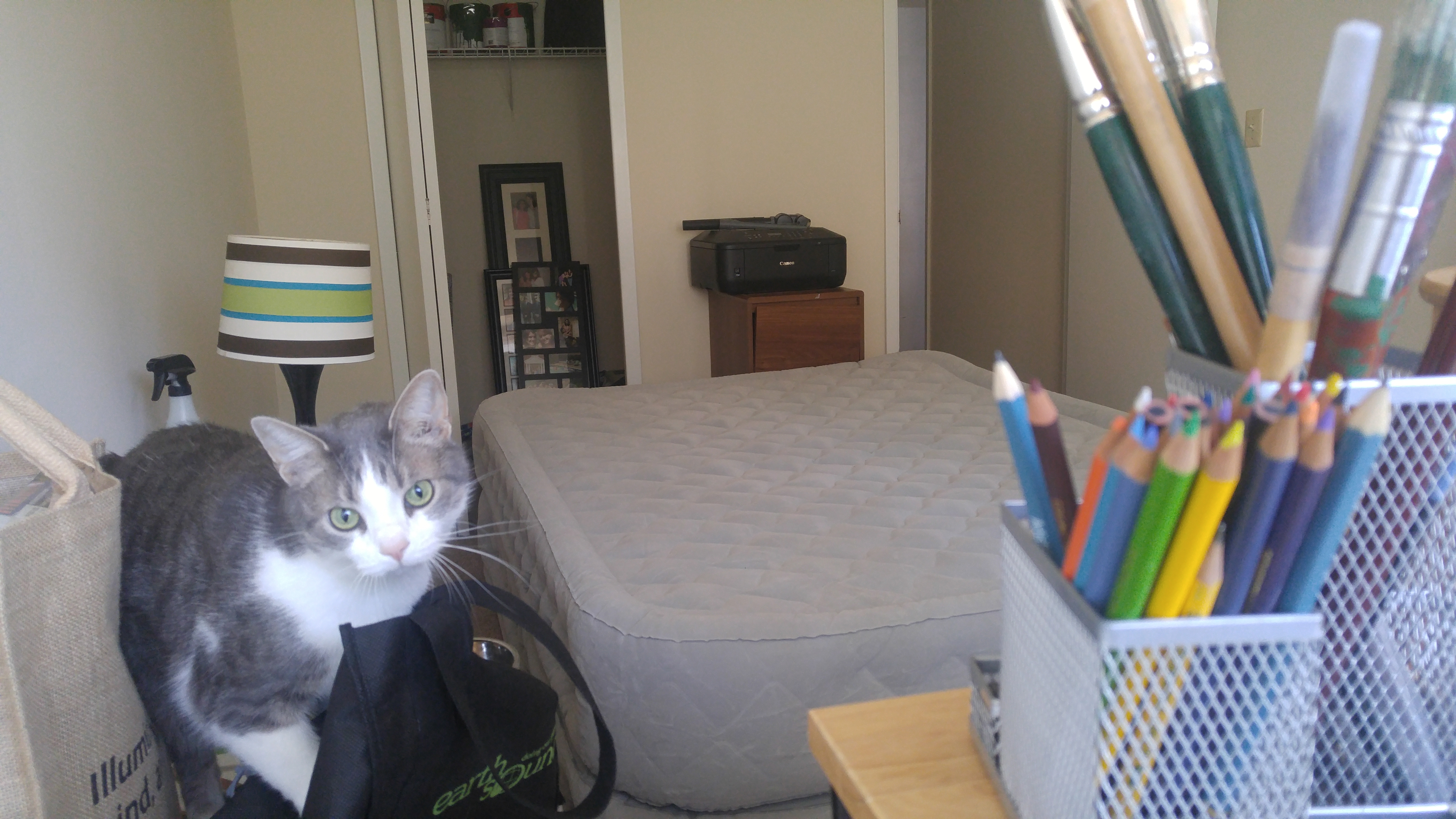 Kendall's apartment is the size of a small house! We slept in what I considered her painting studio. Remember, Kend, I expect a painting one day to decorate my future home. It was freezing cold in Cleveland, and while I was certainly ready to book it down south, the five of us (including Sawyer and Scout) had a fun time. Especially when we walked around two of Cleaveland's great natural areas — watching the sunset over the city at one of them. I must admit, nature there is pretty epic. The park system does a great job keeping those spaces up. Plus, Cleveland's downtown looks beautiful (from the highway at least). We considered going to a show -- as apparently Cleveland is known for theatre, which ended up in a discussion about this crazy movie in India that's invoked crazy protests. I'm not sure why I'm mentioning this, other than the fact I still think about it sometimes... And, best of all, I introduced Kendall to the Amazing Race. I don't know if she's still watching it, but she admitted the show is pretty awesome. Possibly the greatest show of all time. Thanks, Kendall for hosting us on that cold, frigid week. Fingers crossed for you that Cleveland warms up soon!