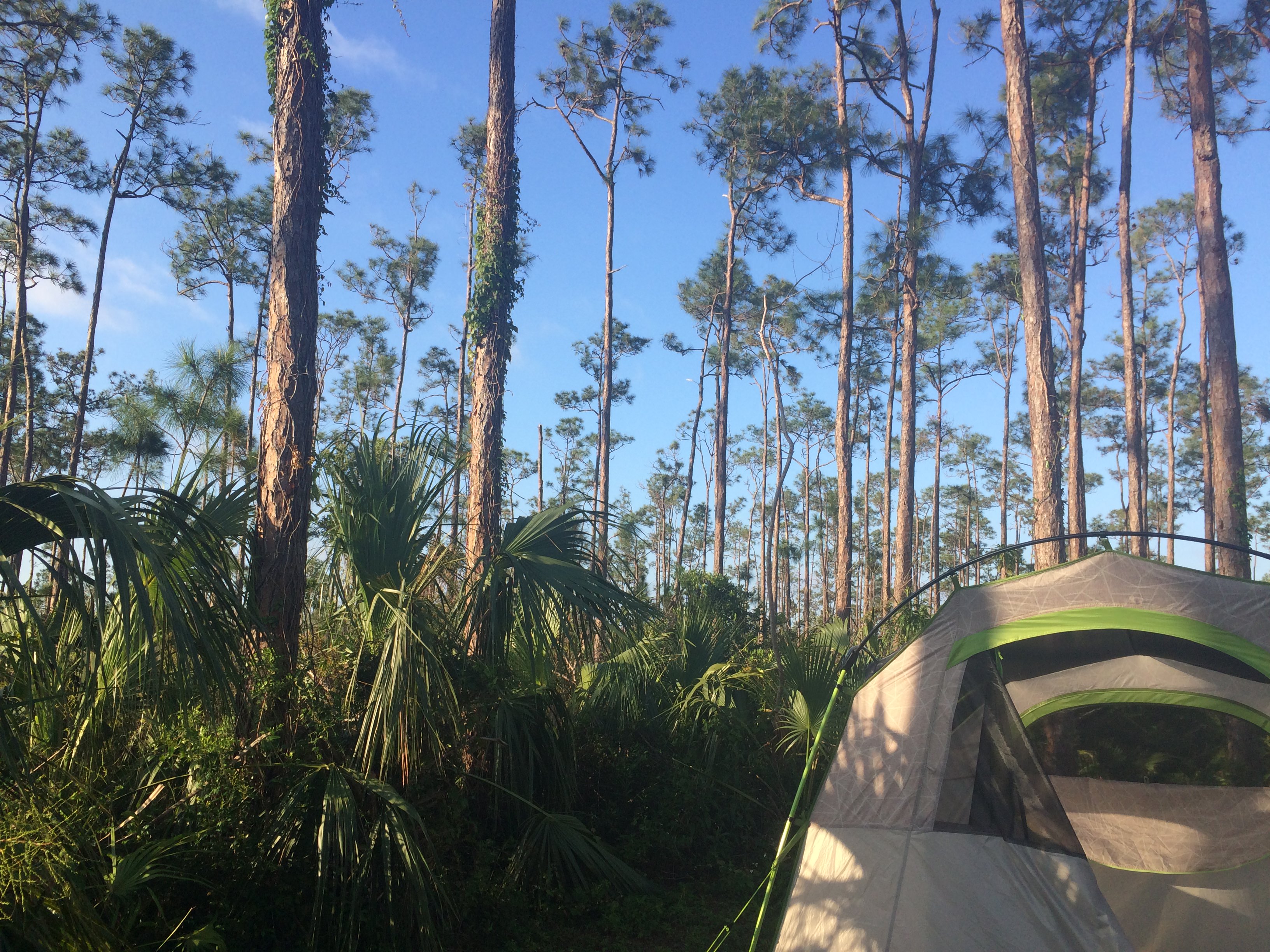 Returning to the Everglades for the third time -- second time in the National Park boundary -- felt like coming home. Seriously. We spent over two weeks in or near the park, really coming to understand the area as much as possible (for a tourist). That's one of the nice things about this road trip -- that you can take your time to learn about an area, never rushing through it unless you want to (*cough, Miami, *cough). Anyways. we camped again in good ol' Long Pine and used it as a home-base to see the sights in southern Florida. We drove to Key West, which was gorgeous and lively but crowded (and home to one of the best vegan sandwiches I've ever had), Miami, which was not our scene, particularly as it was Spring Break. We stopped at Trader Joe's, but otherwise just drove through the sprawling metropolis, through downtown and South Beach, appreciating the massive cruise ships and beautiful, exceptionally fit and trendy people... from our car. We also spent a day in Biscayne National Park. It's a pretty small park, 95% of it in the water, bordered by a Nuclear Power Plant (which, obviously, causes some interesting environmental conundrums, Not the least of which is saltwater intrusion into the aquifer, which waters all of the Flordia keys...) We boated to the Boca Chita Key -- fun fact, once a private vacation spot for the Honeywell family before Mrs. Honeywell died after hitting her head on the key -- and enjoyed the scenic beauty, blue, gorgeous, warm water, wildlife and the silhouette of Miami from a distance. It was obvious why people fought to protect it. We spent another day immersing ourselves in the Everglades itself, going on a "wet walk" early in the a.m. which consisted of a park ranger taking us 1/2 mile into the backcountry, while we slogged through the knee-deep water, traversing the natural terrain. (1/2 mile took us 90 minutes, including stops). I LOVED the wet walk, would do it again a thousand times over. Then we went kayaking through the crocodile-infested water. Now, I'm not one for kayaking to begin with, but kayaking with crocodiles is a whole different game. Usually, I'm so bored kayaking I actually enjoy the act of tipping into the water as a form of entertainment. But not here, no way. I was TERRIFIED! So terrified that after 20 minutes I insisted we turn around, only to decide that my terror was second to my embarrassment of returning our rental two hours early, and we turned back around and continued kayaking for the full 2.5 hours we had the kayaks for. We only saw one crocodile, which, because of our turning around situation we passed 4 times, and a second croc once we were safe on dry land. And now, in retrospect, it was incredible to see and be so close to the elusive, rare American Crocodile,